Invisalign transparent films and external glued-on braces: What is the best practice? 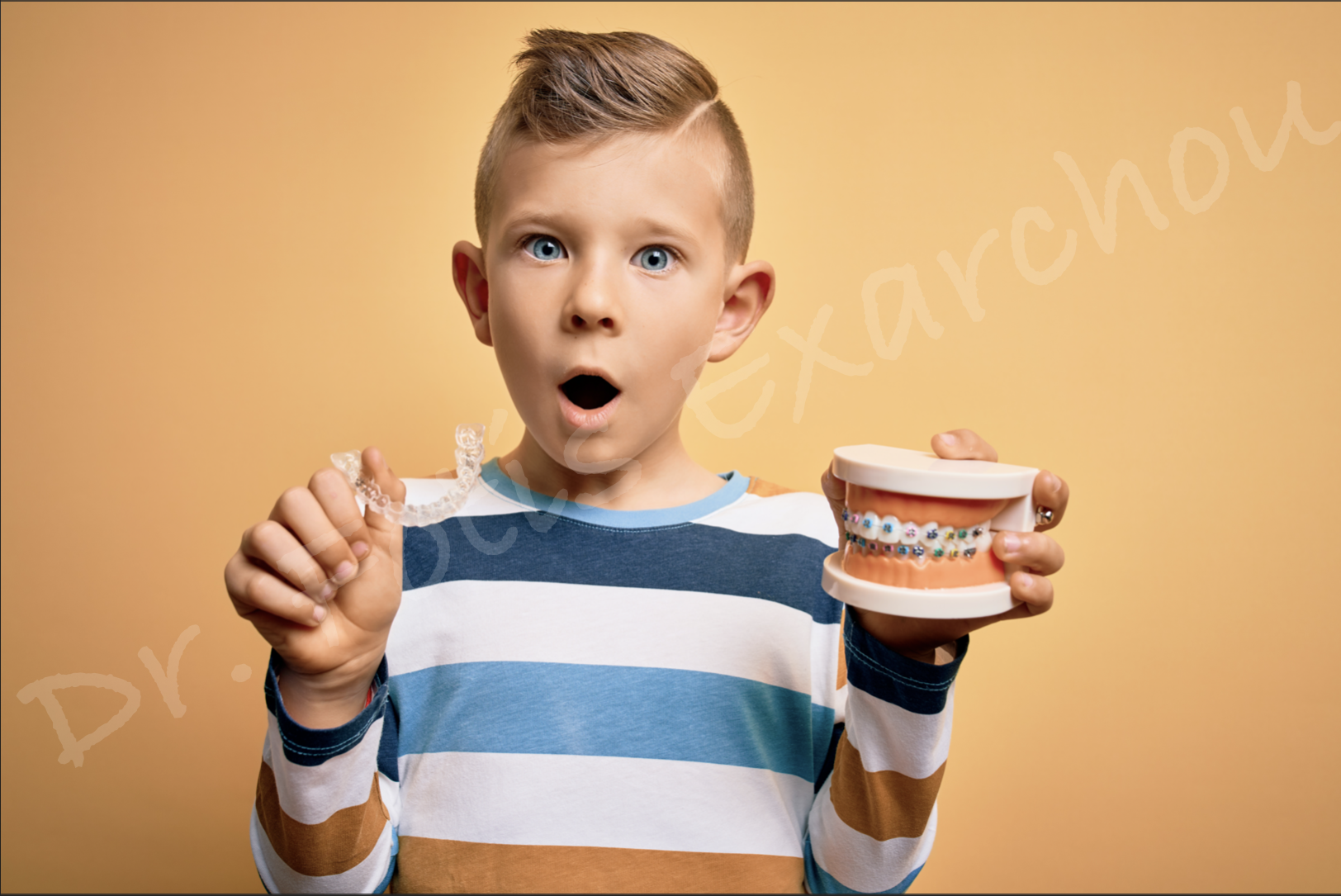 Recently, an increasing number of children and adolescents have been undergoing orthodontic treatment with Invisalign transparent membranes, instead of using a fixed labial device (external glued-on braces).

Initially, the reason children and their parents selected Invisalign, was to use the most discreet device possible; however, other advantages such as the possibility of unhindered oral hygiene and eating (since the membranes are removed from the mouth during these procedures) were also crucial factors for the growing number of orthodontic cases using this method.

On the other hand, however, there were many people (experts and not) questioning the effectiveness of this method in relation to the traditional “glued-on braces”. This questioning was supported by a scientific article by Kravitz et. al. published in the year 2009 (11 years ago), which concluded that the predictability of planned dental movements does not exceed 41%.

Although since then there have been numerous new studies challenging the findings by Kravitz et al., and although since then a lot of facts have changed in terms of the characteristics of Invisalign membranes (now made from a new SmartTrack material that is excellent in terms of application and pressure on teeth moving, as compared to the old EX30), use of fully personalized resin attachments (optimized and conventional attachments with the ability for the 3D definition of a vertical component of the force applied by the respective aligner) and use of various specialized elements such as bite ramps, smart staging, mandibular advancement, etc., however, scepticism from a large part of the scientific community still remained, causing parents a confusion due to the conflicting information they received or receive, depending on the orthodontist they have consulted or are consulting.

Is the method effective, and who is it for?

So where lies the truth? Is this a method only suitable for minor corrections? Is it suitable only for adults? Or, quite on the contrary, is its effectiveness even greater than the effectiveness of the “glued-on braces” in some cases?
The answer to these questions came from a recent study by Borda et al., published in Angle Orthodontist, Vol 90, No 4, in April 2020.
In this research, this experienced orthodontist (member of the American Board of Orthodontists) encountered cases with the same objective difficulty (mild to moderate, with no evidence for extraction) using Invisalign transparent membranes and a fixed labial device (Damon). The results of these treatments were evaluated (through final study casts) by independent orthodontic evaluators, with the ABO evaluation system as reference. The sample as well as the result evaluators were randomized, in order to ensure unbiased evaluation of the results from a statistical point of view.

In conclusion, when it comes to mild to moderate severity orthodontic interventions in children and adolescents (which, after all, constitute the majority of cases in any orthodontic practice), the use of transparent Invisalign membranes to achieve the goals of treatment is superior to what is the case with fixed labial appliances (“glued-on braces”), ensuring a higher quality result in less time and with fewer visits to the doctor’s office. At the same time, the fact that eating and oral hygiene are not disrupted, there is still the possibility to perform MRI in case it is necessary, and the clearly superior aesthetics of the transparent membranes, could all make Invisalign transparent membranes the treatment of choice in mild to moderate severity cases. But even in complex cases (where there is the need to extract or arrange impacted canine teeth) the use of Invisalign transparent membranes is certainly not excluded, as long as there is the possibility of using a partial fixed device that provides the required control for the movement of a root, which a removable membrane (covering only the tooth crown) cannot provide. Invisalign transparent membranes causing predetermined dental movement are an orthodontic appliance that absolutely fits the needs of the daily life of a teenager or a child, as well as the desire for an aesthetically and functionally perfect result that a demanding orthodontist has; and all that, is now scientifically proven.

We have achieved the TOP 1% provider in EMEA (Europe, Middle East and Africa), a distinction given only to Europe’s top 30 Invisalign Providers. Thank… Read More

Why choose us to have your Invisalign treatment?

We had our Invisalign certification in 2001, so we now have 20 years of experience in providing treatment with clear aligners; our practice has Diamond… Read More 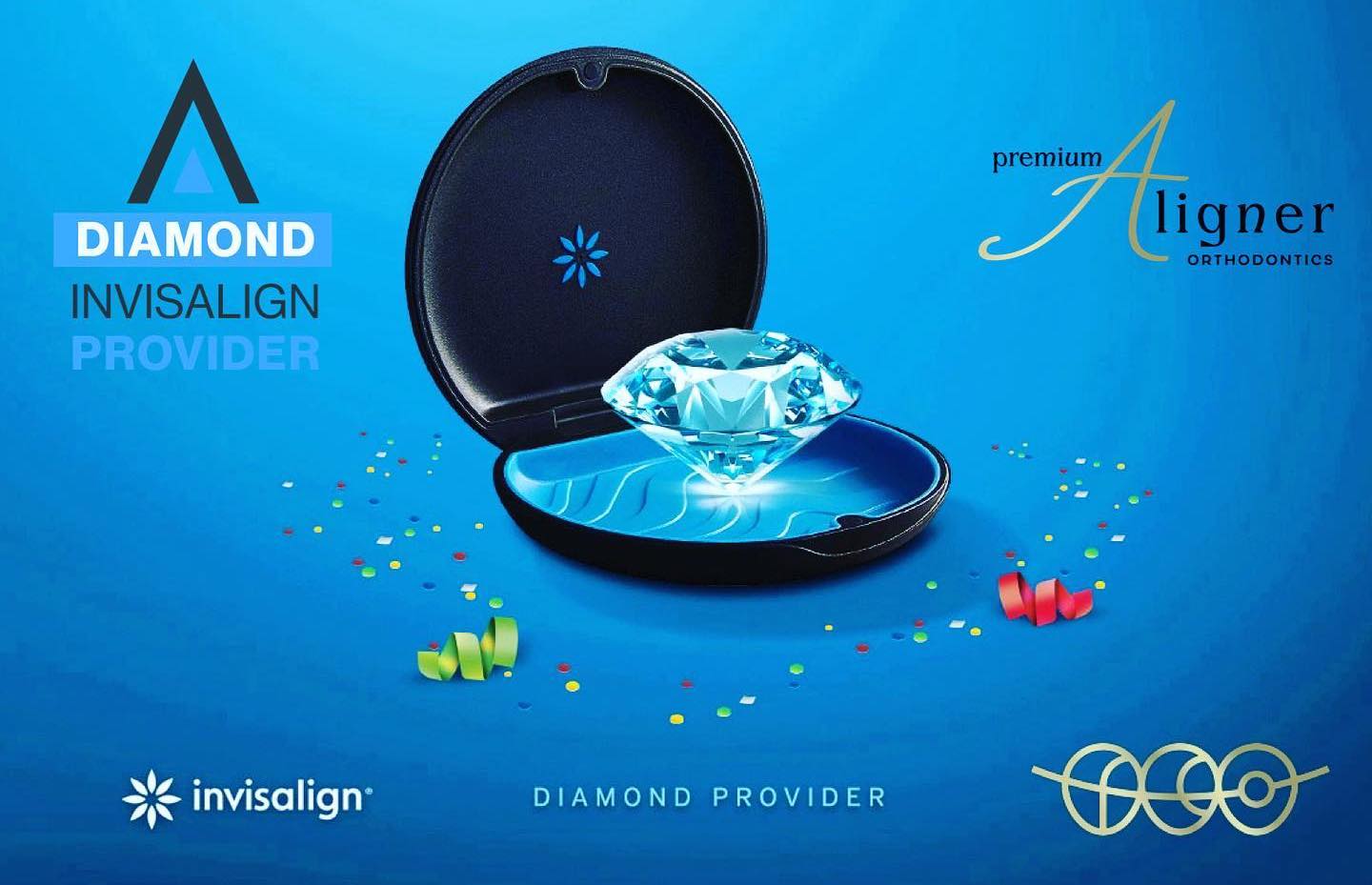 We extend a warm thank you to the Turkish Lingual Orthodontics Society, and personally to its chairperson, Dr. Didem Aktan, for the honour to have… Read More